Do hunters conserve wildlife? This is a question put to two teams recently as part of the Intelligence Squared US debate.

If you’re not familiar with the format of this series out of New York, here’s how it works. They use an Oxford-style debate format with one side proposing and another side opposing a sharply-framed motion, such as, “Hunters help conserve wildlife.” Two teams are on stage and are given a set amount of time to argue for or against the statement. The debate is held in front of an audience which is asked to vote before the arguments are made, and then again after the debate. The team with the biggest voting swing in their favor wins. I’m not sure what it is they earn, but I’m guessing it’s something along the lines of the pure satisfaction of winning. It’s held in the Kaufman Center in New York City which might indicate a slight audience bias on a topic such as hunting.

The “for team” was represented by Anthony Licata, Editor-in-Chief of Field & Stream magazine and Catherine Semcer of Humanitarian Operations Protecting Elephants. On the “against team” were Wayne Pacelle of the Humane Society of the US and Adam Roberts of Born Free USA.

The pre-debate scoring showed a significant lean to the “against” view, along with a large number of undecided voters:

The debate was relatively well structured and all participants were civil, even though this topic is one that can get very heated, with many strong opinions. Mr. Licata and Ms. Semcer gave very solid arguments that were based on scientific analysis and economic figures connected to hunter conservation through self-imposed laws, like the Pittman-Robertson Act of 1937. This legislative action originated and lobbied for by outdoors men and women has provided more than $2 billion of revenue to the federal government for wildlife conservation.

$2 billion has gone to wildlife conservation due to the Pittman-Robertson Act.

Much of the argument made by the against team was based on impassioned beliefs that every animal has a family and deserves to live without human intervention. They focused much of their argument on poaching that occurs outside of the U.S., primarily in Africa, and what are called high fence hunts, or canned hunting, on ranches in the U.S.

So, here are my thoughts on this topic which has been discussed in different forums across the country for many years. First, I believe that every person has a right to their opinion and we should all respect others’ views. This is a complex issue, and if you look at this debate, the teams were often times arguing about very different subjects and then trying to connect them to the overall debate theme.

Second, in an effort to make this topic manageable I would limit the focus to one region, or country, since the issues vary wildly by geography due to cultural norms, politics, policies, and hunting traditions. In North America we have a defined model for wildlife conservation that has been driven by our hunting heritage. It rests on two basic principles: 1) fish and wildlife are for the non-commercial use of citizens, and 2) they should be managed such that they’re available at optimum population levels forever. This means that as citizens we’re all stewards of these animals, and are responsible for their health and well-being. Any true hunter understands this and therefore works to protect habitat and populations of these animals. Sure, there are never-ending arguments between hunter groups and natural resource biologists on how to best manage the health of a specific animal herd, but there is overwhelming agreement by all that the land, water, habitat and animal populations must be protected if hunting is to have a future. To think or do anything different would be folly.

Third, when you look at the facts of what hunters and hunting organizations have done for well over a hundred years in North America there is no question that hunters conserve wildlife. Here are just a few of the data points referenced by the for team.

I believe there is moral high ground to hunting under the North American model, and when a hunter harvests her kill for food and clothing, there can be no assault on the position of hunting being a natural and responsible part of life. Those who don’t like the idea of hunting can disagree with the killing of animals. This can be an emotionally-charged feeling, and they have every right to their opinion. However, one cannot disagree with the impact that hunters have had in the conservation of wildlife across North America. The facts are just too overwhelmingly in favor of hunters and the impact they’ve had.

So, where did the opinion numbers come in after the debate?

While I’m obviously biased towards the belief that hunters do indeed conserve wildlife, I was very surprised with the final numbers. The arguments made by Ms. Semcer and Mr. Licata were strong, fact-based and passionate without being emotional. I believe it just provides further confirmation that much needs to be done to preserve the future of responsible hunting.

Watch video of the full debate: 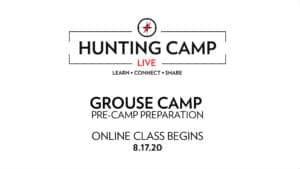 What Are Your State’s Requirements?