A great use for venison cuts with marginal quality or condition in this venison merguez sausage recipe. 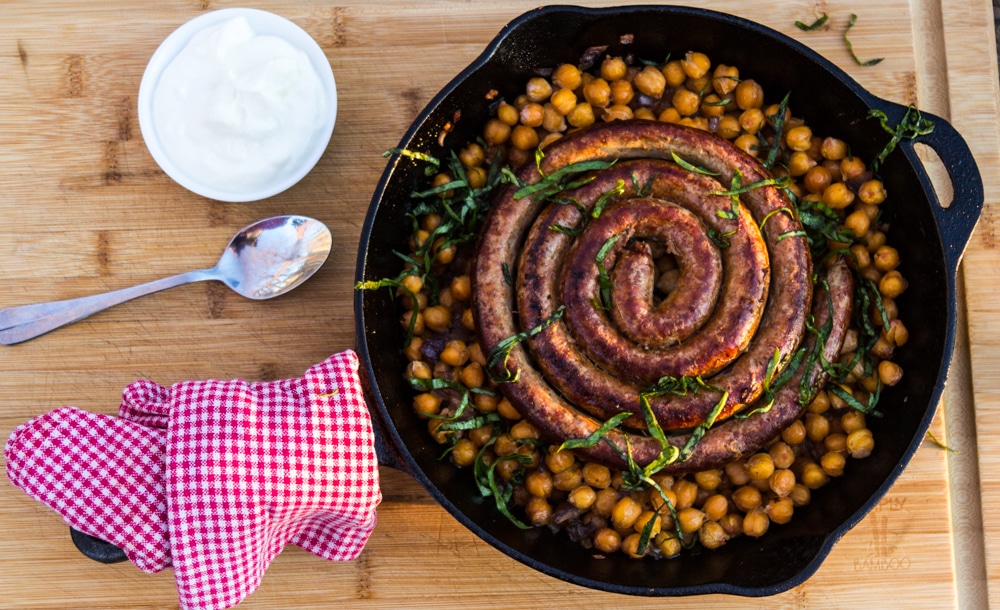 As much as I love to eat venison, I will admit that every now and then I get some venison that may not be as well cared for as I would like.  It has a bit of an off taste or maybe it is just some tough cuts. I know there are some folks out there that have venison in their freezers that might be two, three or in one case five years old. It may have had a bit of freezer burn on it, but I don’t like to see venison go to waste.

I usually ask around a couple of times each year if anyone has extra venison they aren’t going to use. Occasionally I find someone that does, and I end up with some old meat that was forgotten about. That doesn’t mean that it is unusable. After some creative trimming, I will grind it all up and make some sausages.

Typically, I will make a chipotle cheddar summer sausage or some snack sticks. These are usually from a kit and are heavily seasoned to cover up any off-tastes that might be in the meat. I will also make fresh sausages for grilling or sauteing. 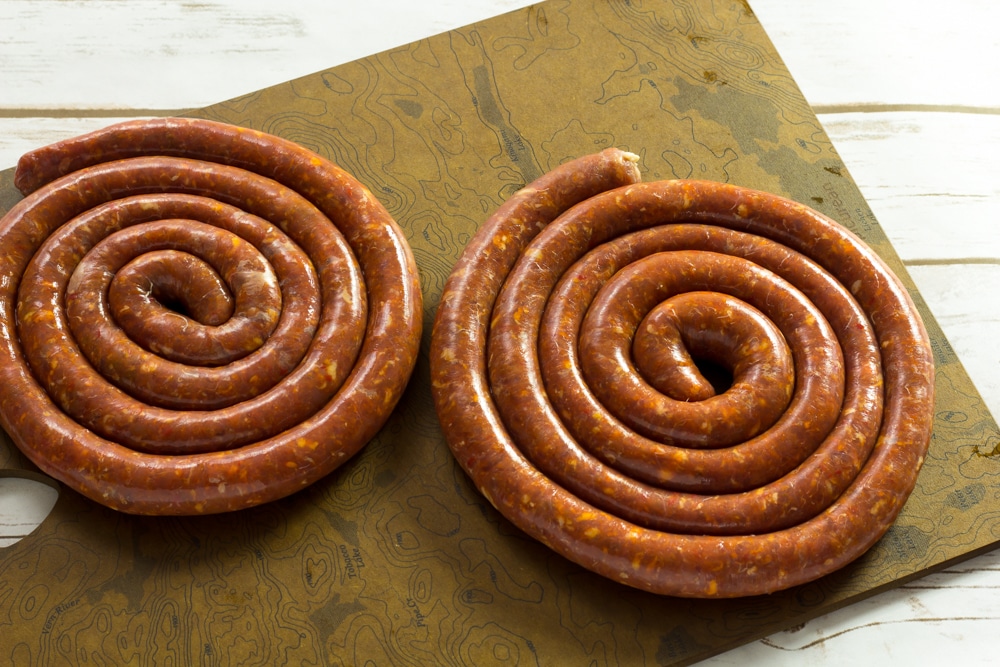 Two of my favorite sausages are chorizo and merguez. Chorizo is a Spanish sausage that has a lot of spices and very bold flavors that can mask some of the off-flavors that occasionally come with wild game.

Merguez is another sausage that is really good at that. Merguez is a North African sausage made with Harissa. Harissa is a Tunisian hot chili pepper paste. Merguez is traditionally made with mutton or beef and works extremely well with venison or antelope. Merguez is great on the grill with onions and pepper or served with roasted garbanzo beans.

Lamb casings, soaked in warm water for 30 minutes prior to use

Place cumin, coriander, and fennel seeds in a cast-iron skillet over medium heat and toast until fragrant, about 2 minutes. Using a mortar and pestle grind into a fine powder

Place the venison and pork in a large bowl. Add in spices, salt, paprika,  garlic, and harissa. Toss to coat meat and fat in spices. Place in refrigerator until ready to grind.

Grind mixture through a meat grinder, fitted with small die.

Using paddle attachment of a standing mixer, mix on low speed for 1 minute. Add in the wine and mix until the liquid is incorporated and sausage is uniform and sticky, about 1 minute more.

Stuff sausage into lamb casings and twist into 6-inch links. Refrigerate until ready to cook.

Editor’s Note: If you’re curious about starting your own hunting journey shoot an email to info@modcarn.com.